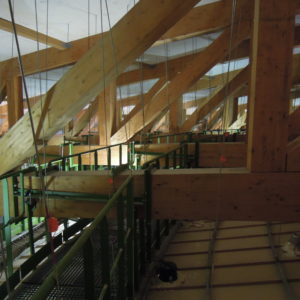 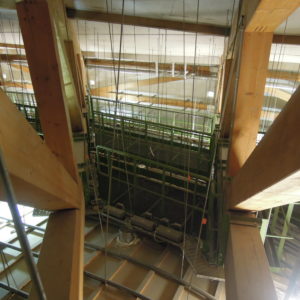 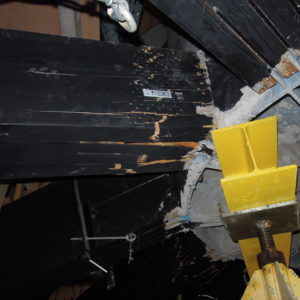 Complete study of the roof structure of the European Parliament Hemicycle Building in Brussels.

The roof structure of the European Hemicycle consists of 22 radial laminated timber trusses that are joined together in the center by a steel core. During an inspection of the suspended ceiling major cracks were discovered at particular nodes of the trussed beams.

A thorough review of the existing structure was undertaken on the basis of the current Eurocodes. The review identified important weakness in the structure which explain the observed cracks. Various repair and reinforcement options were considered before finally choosing a solution which duplicates the structural role of the timber elements with a post-tensioned steel structure. The complete transfer of load from original trussed beams to the new structure was achieved via an intelligent jacking system. The complexity of the project was in the design of a new structure which had to fit in the geometry of the existing trussed beams without requiring the roof to be opened or the dismantlement of the ceiling. Instead the new structure was inserted into the roof void from an adjoining upper office level.